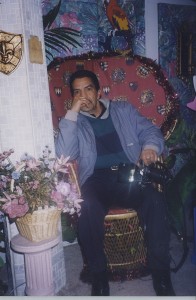 Flashbulbs flash on camera in hand

Henry the first professional photographer whom

Photographed me in different costumes.

We had a blast in city of St Paul

That is where videotaped me

Going up stairs to the carousel.

He was the first photographer who

Shot me at daycares—

He filmed my first Melodie doll.

Henry was a photographer who

Had a natural gift

He always got the children together

And they smiled with ease.

Thank you Henry for being a kind friend

the very beginnings of Krendoll land.