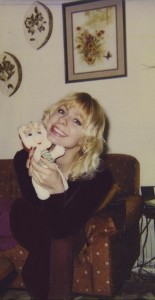 Charles who I had called Chuck

Had with me the best of luck.

Luck at the casinos in MN, Wisconsin

I felt the angels all around me

A feeling of the sublime.

He was the first to be unconditional

And accepting of me

He felt I my cartoon characters

Were great as fantasy-

He said I would go down in history.

He was a very talented in the written word—

He wrote excellent poetry that I have ever heard.

A beautiful poem at his funeral was read—

The poem was outstanding

They need to be heard by boys and girls.