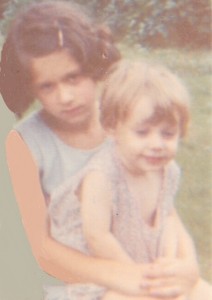 Marlena who is my first cousin born on Jenek side
traveled with her family worldwide.
Her dad worked for the government
Marlena was born in Rome as an infant.
Yes, Marlena was born in Rome
far away from her first Virginia home.
Marlena celebrated her 40th birthday
in Rome Italy which was very sheik
she is filled with mystery and mystic.
Marlena lives in L.A. on the other coast
she had an interesting life, she never boasts.
She works in the entertainment industry
she works for a casting company.
Her name has been in the credits on the screen
she has met and seen famous actors and those in between.
Marlena has a daughter who one day will be cast
in a musical which will be a blast.
Best wishes Marlena and your family
you and your family are sincere and sweet.

Written By Suzae Chevalier on February 10,2012